Present as the guest of honor at the event was the Deputy CEO (Development) IBTE, Mr Lim Kian Boon. The ceremony began with the welcoming remarks given by the Principal of IBTE SVSB campus, Awang Akandi bin Abd Razak followed by a speech delivered by Mohamed Darus bin Taib, the Director of TWI Technology (SE Asia) Sdn. Bhd. The event continued with the handing over of the TWI accreditation certificate to the principal of IBTE SVSB campus by the Director of TWI Technology and witnessed by the guest of honor.

The Welding Institute (TWI) is one of the world’s leading professional engineering institution responsible for the professional registration and certification of welding and joining personnel worldwide. With this TWI certification, the FNW section will run their programmes following the standards set by TWI.

Among those present at the event were deputy CEOs and divisional directors of IBTE, IBTE campuses principals and instructors from IBTE SVSB Campus. 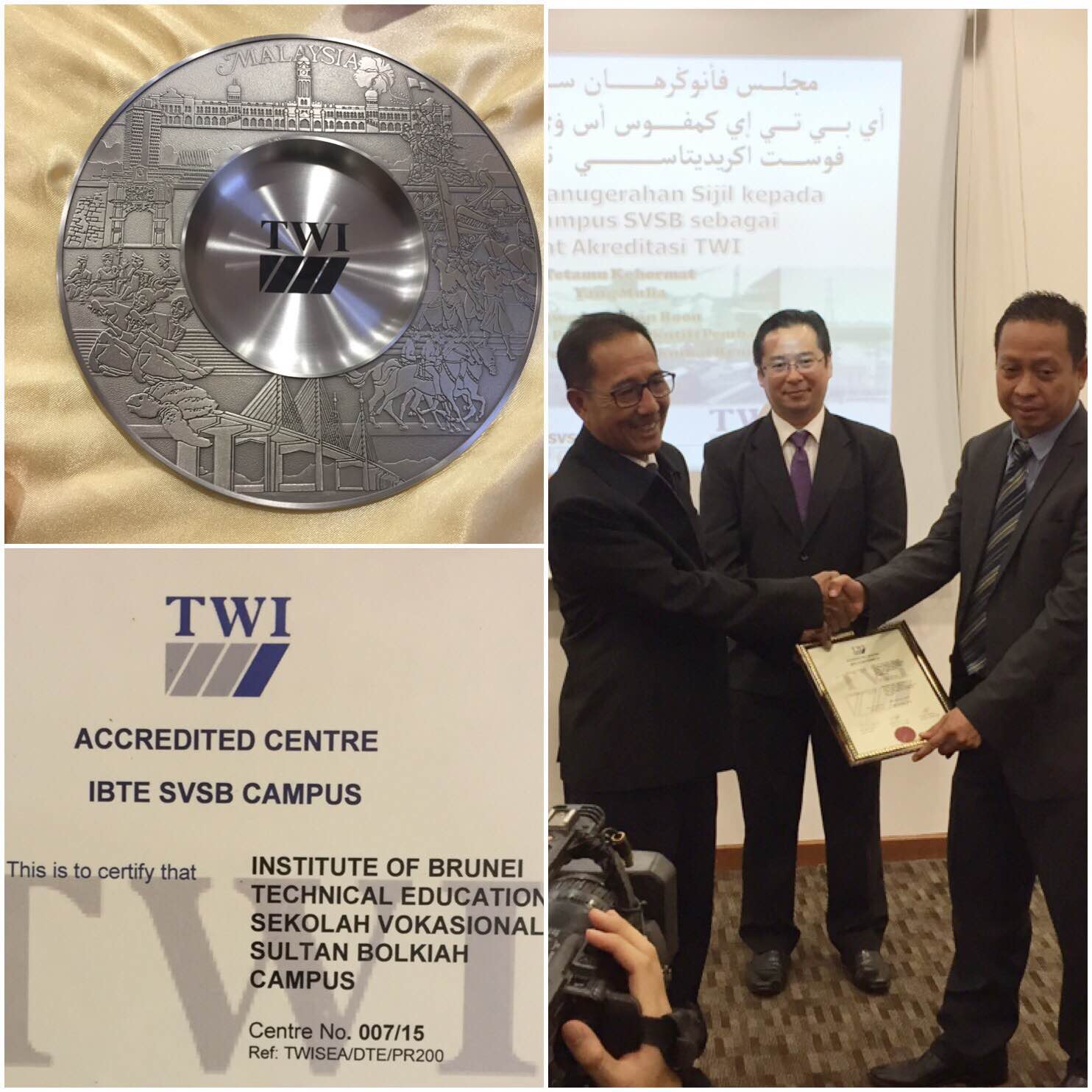