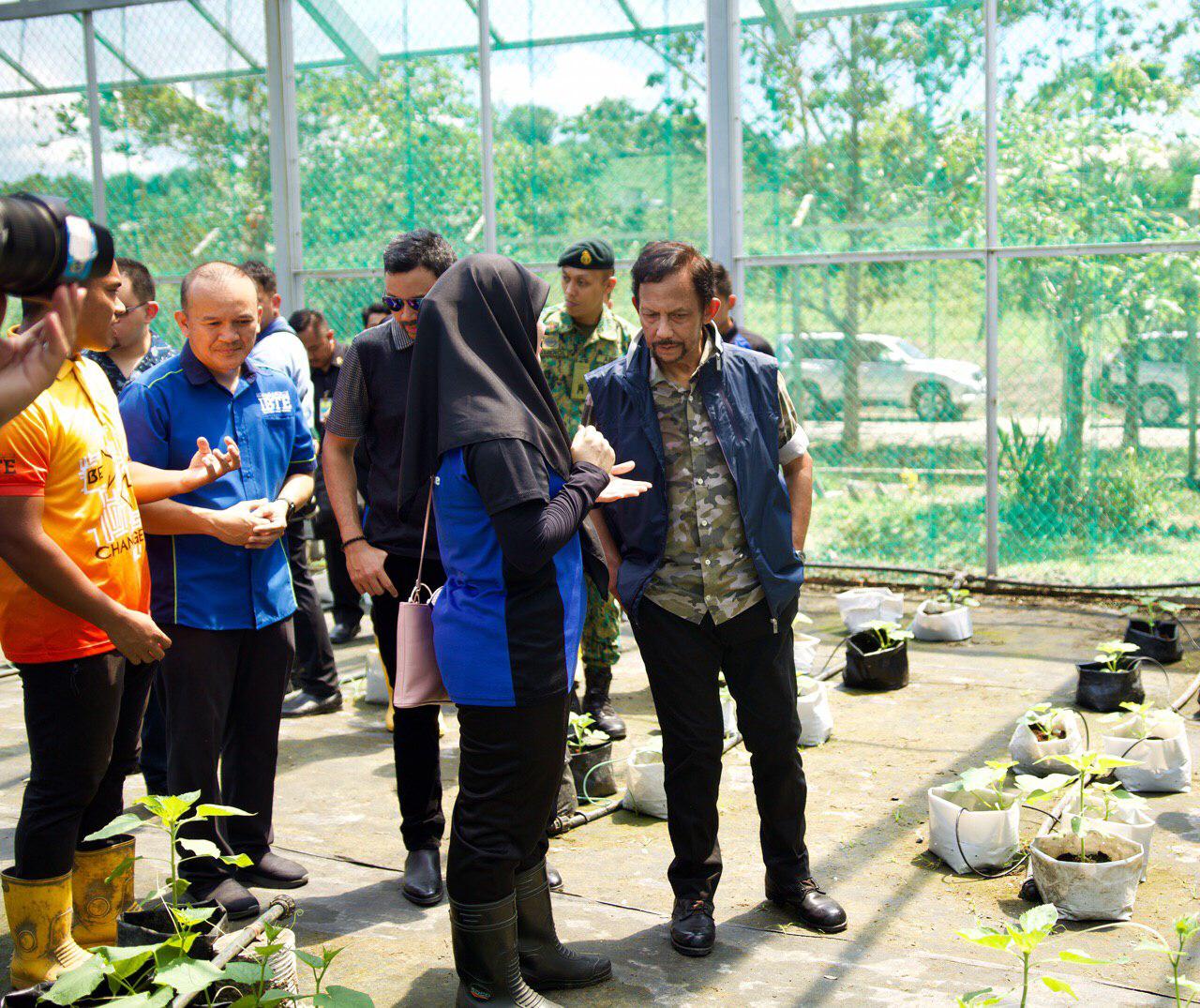 His Majesty the Sultan and Yang Di-Pertuan of Brunei Darussalam then proceeded to visit several of the sites in the campus, where displays had been set up to showcase the products of IBTE ATC, including food tasting and the production of Roselle biscuits.

A visit to IBTE ATC’s Crop Production Unit provided His Majesty with a closer look at its “Bruherbal Farm’ and herbal garden, followed by a tour to one of the campus’ greenhouses where a demonstration on growing cucumbers and melons through the method of fertigation technology and troubleshooting hydroponic structure at the polytunnel.

His Majesty was then given a short briefing and tour through a mini exhibition on the Agrobiz project, a collaborative initiative between IBTE and LiveWire Brunei that was initiated on the 23rd of January 2019 involving paddy-planting and development of future young entrepreneurs in the field, to follow in the steps of various IBTE ATC alumni.

Next on His Majesty’s itinerary was a tour to the veterinary clinic, whereby His Majesty was briefed by IBTE ATC students on the activities conducted by the clinic, and then observing the specimens showcased in the school’s “Mini Skeleton Museum”. His Majesty also visited the Agrometro incubator area at the Workshop Working Area, where he was greeted by the manager of the company and alumni of IBTE ATC. This was followed by a briefing on the 2nd year Crop Tech project and the Green School Garden, a project initiated by STEP Centre.

His Majesty and entourage then went on to meet the various IBTE ATC alumni entrepreneurs (Syarikat Sinaran Suria, Agrometro Company, Syarikat Seri Asmah, and Znetic Enterprise & Znetic Detailing Solutiions) and Next generation (Generasi Pelapis). The visit was commemorated with a group photo, before ending with a luncheon at the IBTE Agro-Technology Campus multi-purpose hall. His Majesty received junjung ziarah from the event’s committee.